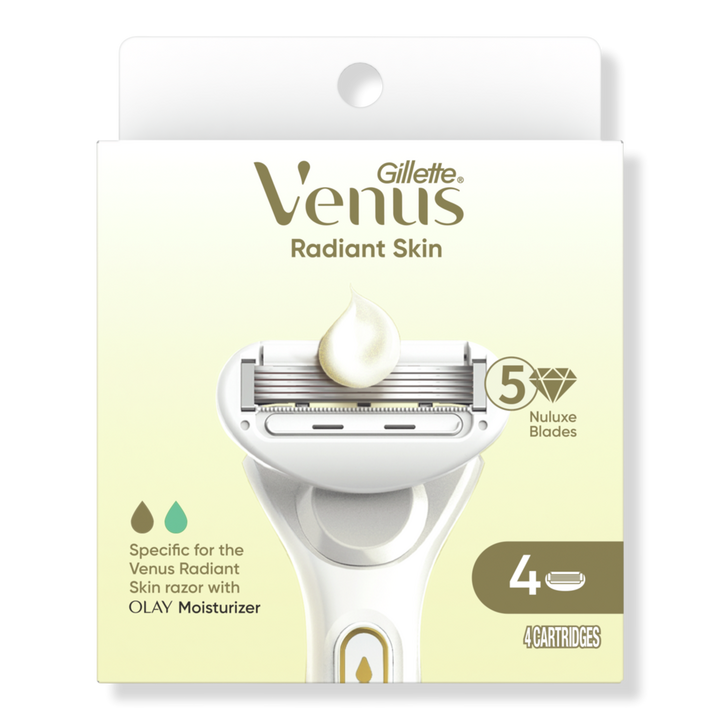 Gillette's Venus Radiant Skin Nuluxe Blade Cartridges are designed to allow the Olay moisturizer to flow from the blades at the push of a button. The blades will give a smooth shave with an easy and gentle glide, includes 4 cartridges